Using the Anchor Point to Move a Sprite

Learn how the anchor point affects a sprite’s position. 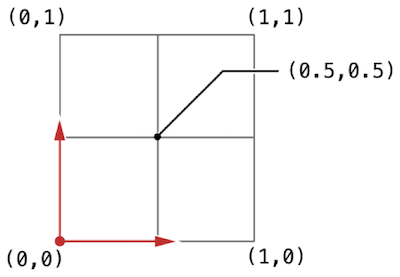 Although you are moving the frame, you do this because you want the corresponding portion of the texture to be centered on the node’s position. The following figure shows two pairs of texture images. In the first, the default anchor point centers the texture on the node position. In the second, a point at the top of the image is selected instead. You can see that when the node is rotated, the texture image rotates around this point. 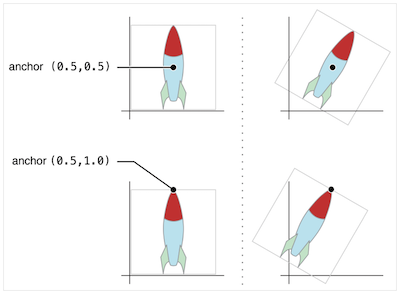 The following code shows how to place the anchor point on the rocket’s nose cone. Usually, you set the anchor point when the sprite node is initialized, because it corresponds to the artwork. However, you can set this property at any time. The frame is immediately updated, and the node onscreen is updated the next time the scene is rendered.