Positioning a Scene’s Origin Within its View

Try the different ways to configure the scene’s origin inside its view.

A scene’s position property is ignored by Scene Kit because the scene is always the root node for a node tree. Its default value is zero and you can’t change it. However, you can move the scene’s origin by setting its anchorPoint property. The anchor point is specified in the unit coordinate space and chooses a point in the enclosing view. 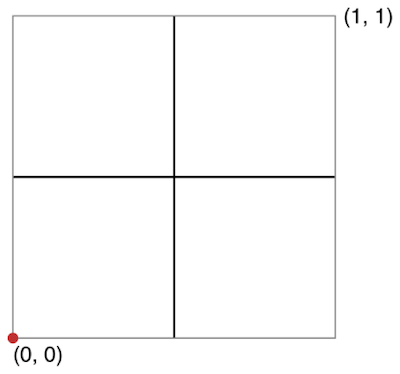 The default value for the anchor point is zero, which places it at the lower-left corner. The scene’s visible coordinate space is (0,0) to (width,height). The default anchor point is most useful for games that do not scroll a scene’s content.

Center the Scene’s Origin Within its View

The second-most common anchor point value is (0.5,0.5), which centers the scene’s origin in the middle of the view as shown in the figure below. The scene’s visible coordinate space is (-width/2,-height/2) to (width/2,height/2). Centering the scene on its anchor point is most useful when you want to easily position nodes relative to the center of the screen, such as in a scrolling game. However, this effect is better achieved using a SKCameraNode. 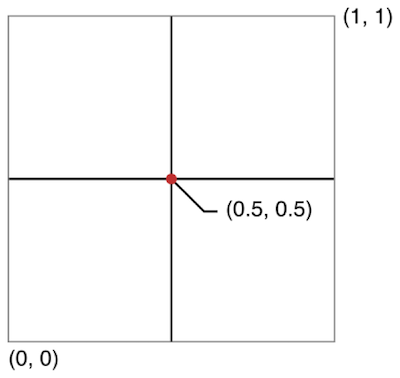 As a result of setting the anchorPoint and size, you indirectly set the scene’s frame, which determines the portion of the scene that’s visible to the user.